World Humanitarian Day exists for humanitarian partners to advocate for the survival, well-being and dignity of people affected by crises, as well as the safety and security of aid workers. This year, with the theme #TheHumanRace, the United Nations is issuing a global challenge for climate action in solidarity with the people who need it most.

World Humanitarian Day 2021 is highlighting the “immediate consequences of the climate emergency for the world’s most vulnerable people and ensur[ing] that their voices are heard, and their needs top the agenda at the UN Climate Change Conference (COP26) in November.”

Though it is not an environmental or disaster response organization, Zonta International recognizes that climate change disproportionately affects women and girls, and action is needed from a gender equality perspective. The consequences of climate change are severe, especially for poor and vulnerable groups in developing countries.

“Climate change is a human rights issue and we must act now to create a sustainable and gender-equal future,” said Zonta International President Sharon Langenbeck.

In June, we released a statement on climate change, calling for action in favor of a fair and human rights-based approach to solve the climate change crisis in the post-pandemic world and achieve greener, cleaner and equal societies.

In our statement, we called on members to:

In honor of World Humanitarian Day, the UN is inviting everyone to join #TheHumanRace—a global challenge for climate action—by running, riding, swimming, walking or participating in any activity for a cumulative of 100 minutes between 16 and 31 August “in solidarity with vulnerable people and to tell world leaders that they expect developed countries to deliver on their decade-old pledge of $100 billion annually for climate mitigation and adaptation in developing countries.” Those who do not want to or cannot take part physically, can add their voice to the action so we can let world leaders know that we are all in this together. 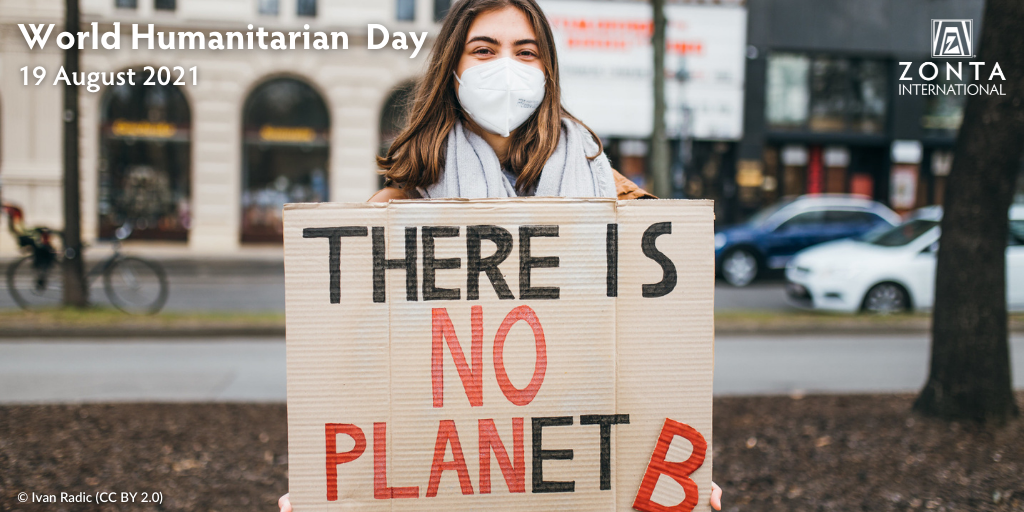