Each year on 6 February, the International Day of Zero Tolerance for Female Genital Mutilation (FGM) aims to amplify efforts on the elimination of this harmful practice.

FGM, which comprises all procedures that involve altering or injuring the female genitalia for non-medical reasons, is recognized internationally as a violation of the human rights, health and integrity of girls and women. Complications from FGM endanger the physical and mental well-being of women and girls.

Zonta International believes FGM is a severe human rights violation that cannot be tolerated. Along with child marriage, it must be eliminated.

“FGM and child marriage are both incredibly harmful to girls, women and their communities,” said Zonta International President Sharon Langenbeck. “Zonta endorses the Sustainable Development Goals and is committed to help end both of these practices by 2030.”

According to the UNICEF report, Understanding the Relationship between Child Marriage and Female Genital Mutilation, child marriage and FGM are sometimes linked.

“A girl’s marriage ability may be tied to whether she has been cut, or FGM may be performed as a rite of passage into womanhood and as a precursor to marriage, often in early adolescence,” the report states. It goes on to say that in countries where both child marriage and FGM are common, girls at risk for both tend to share some characteristics, such as lower levels of education, rural residence and living in poverty.

In Burkina Faso and Ethiopia, for example, the experience of child marriage and FGM is most common among girls and women with no education. In Yemen, the poorest women are twice as likely as the richest women to have experienced both practices. These are three of the 12 countries in which Zonta International is working to end child marriage through the UNFPA-UNICEF Global Programme to End Child Marriage.

In addition to the Global Programme to End Child Marriage, UNFPA and UNICEF have partnered for the Joint Programme on the Elimination of Female Genital Mutilation. To stay updated on the program’s efforts follow @GPtoEndFGM on Instagram and Twitter. To engage on the International Day of Zero Tolerance for Female Genital Mutilation and show your support, use the hashtag #InvestDontRest. 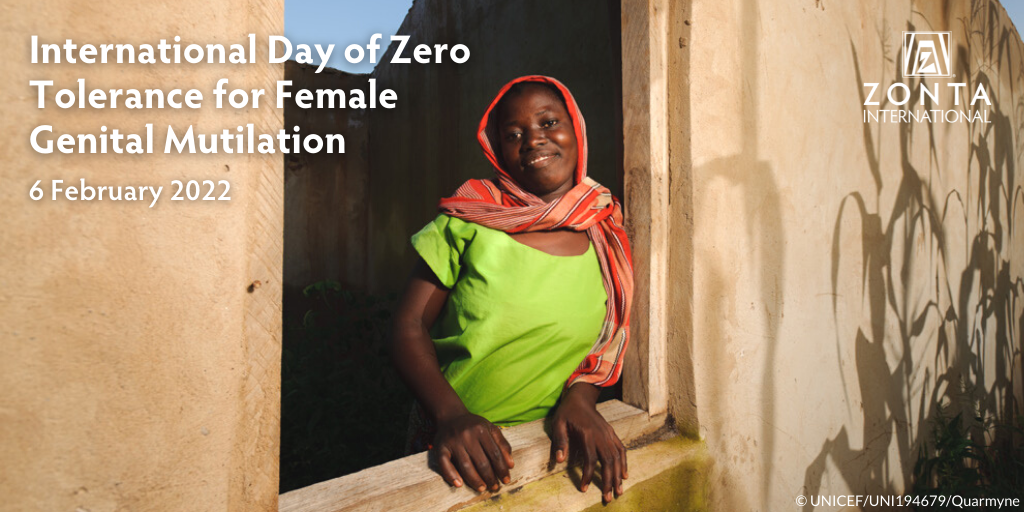