Each year on 18 December, International Migrants Day marks the anniversary of the 1990 adoption of the International Convention on the Protection of the Rights of All Migrant Workers and Members of Their Families by the United Nations General Assembly.

According to UN Women, “Migration is a gendered process and impacts women and men differently: It is entrenched in a globalized sexual division of labor in which there is a demand for women migrant workers in specific service sectors, such as domestic and care work. Gender stereotypes limit women’s autonomy and decision-making processes, increasing their vulnerability to the systematic violation of their human rights.”

“Women migrants are leaders who contribute to their birth and destination countries in a variety of ways. However, they face widespread discrimination that affects their safety and well-being,” said Zonta International President Sharon Langenbeck.

Women often migrate to escape sexual and gender-based violence and harmful situations such as early and forced marriage and female genital mutilation, UN Women explains. However, while migration can give women and girls more choice on when and who to marry, they face an increased risk of sexual and gender-based violence at the hands of smugglers, traffickers, border officials and fellow migrants.

Zonta International is working to prevent early and forced marriage in 12 countries with high prevalence of child marriage through the UNFPA-UNICEF Global Programme to End Child Marriage. By supporting girls so they can enroll and stay in school and expanding their livelihood opportunities, the Global Programme is helping to delay early marriage before girls resort to migration.

While there are many factors that determine the movement of people, work is the major reason that people migrate internationally. In 2020, approximately 281 million people were international migrants, representing 3.6% of the global population.

“The global social and economic landscape can be shaped through impactful decisions to address the challenges and opportunities presented by global mobility and people on the move,” the UN said. 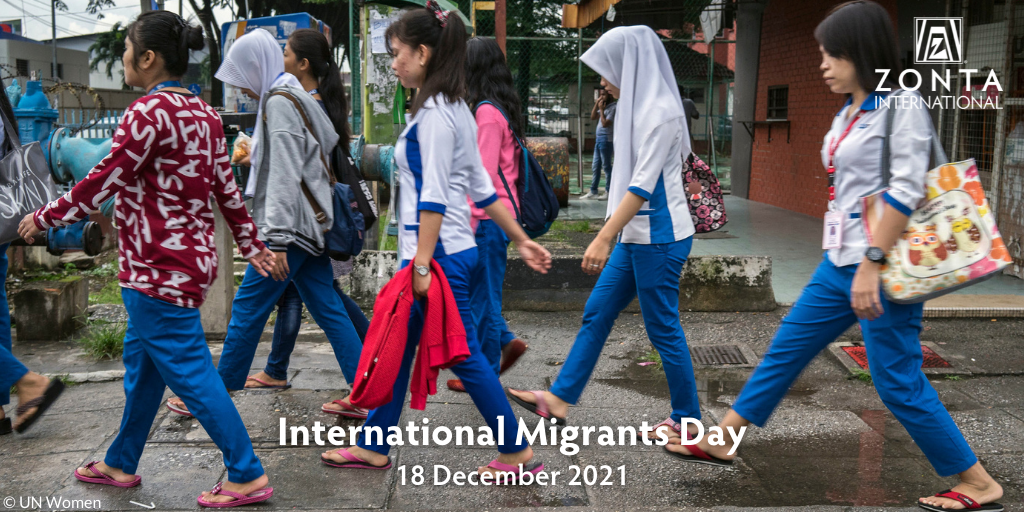