Today is the International Day for the Elimination of Violence against Women and the start of our 10th Zonta Says NO to Violence Against Women campaign, which coincides with the 16 Days of Activism against Gender-Based Violence and runs through 10 December.

Nearly one in three women has been abused in their lifetime. The numbers rise during times of crisis, as we have seen during the COVID-19 pandemic and recent humanitarian crises, conflicts and natural disasters. Two in three women reported that they or a woman they know experienced a form of violence and are more likely to face food insecurity, found a new report from UN Women based on data from 13 countries since the pandemic. Only one in 10 said that victims would go to the police for help.

“Gender-based violence can and must be stopped,” said Zonta International President Sharon Langenbeck. “Through the Zonta Says NO to Violence Against Women campaign, Zonta clubs around the world are uniting to raise their voices to bring awareness to this issue and advocate on behalf of gender-based violence survivors.”

On 30 November, Zonta International is hosting a Zonta Says NO to Violence Against Women Online Summit to share how as a society we can come together and say NO to violence against women and girls. For a US$10 (plus fees) donation, register for the event and join us to hear live guest speakers, participate in an interactive workshop and leave with life-changing actions you can take.

We are also asking supporters to take our pledge to stand with women and girls around the world and commit to taking action to end gender-based violence.

The United Nations is issuing its own call to action through the UN Secretary-General’s UNiTE campaign. This year’s theme is “Orange the World: End Violence against Women Now!” According to the United Nations, ending gender-based violence “starts with believing survivors and adopting comprehensive and inclusive approaches that tackle the root causes, transform harmful social norms, and empower women and girls.”

UN Women is featuring five survivors’ stories from Argentina, Moldova, Bangladesh, Morocco and Kenya. Read them here. Many of our clubs also feature stories of local survivors in their advocacy actions and events.

To find out how our clubs are advocating to end violence against women during the 16 Days of Activism, visit www.zontasaysno.com. 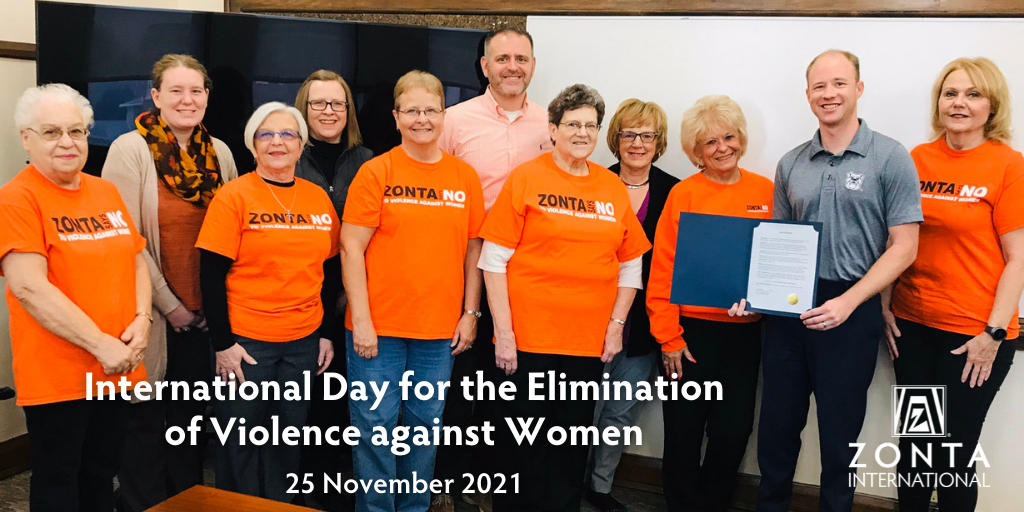