The 8th European Interdistrict Zonta Seminar February 8 – 10, 2019 in Tartu, Estonia Zonta International will soon be hundred years old. During all this time we, zontians, have been builders of bridges. Everything we deal with is reflected in society.

How do the  Zonta organisation values appear today, 100 years later?

Estonian ZONTA Clubs warmly invite you to this seminar. We should like to offer you the opportunity to listen to inspiring speakers: 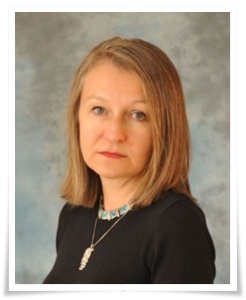 Tiina Intelmann (born 25.08.1963) is an Estonian diplomat. She is Ambassador of Estonia to the United Kingdom of Great Britain and Northern Ireland. She has been Permanent Representative of Estonia to the United Nations in New York and President of the Assembly of States Parties of the International Criminal Court. She was the first woman to head the ICC’s Assembly of States Parties. Tiina has also been employed by the European Union and served as Ambassador of the European Union to Liberia.

In Liberia, Tiina was fascinated by state-building and development cooperation in a fragile post-conflict state that ranks among the least developed countries of the world. She was posted there at the height of the Ebola crisis. This allowed her to test in practice development and humanitarian principles adopted by the United Nations and the European Union.

Tiina Intelmann is a bridge-builder. She is systematic and patient, clear in expressing her thoughts and has a good instinct both for major processes and for communication with people.

Being Estonian Ambassador to the United Nations, Tiina Intelmann assumed a number of roles: she was Chairperson of the Consultative Committee of UNIFEM (United Nations Development Fund for Women), chaired negotiations that led to the creation of UN Women etc. As President of the Assembly of the International Criminal Court Tiina took a keen interest in the plight of victims, especially women and children and worked closely with the Fund created to assist victims of atrocity crimes, including sexual violence. She travelled to the Democratic Republic of Congo to meet victims who are being helped by the Fund.

Intelmann graduated from Leningrad State University (Russian Federation), she has MA and BA in Italian language and literature. Tiina has worked as a teacher and interpreter. She became diplomat shortly before Estonia’s independence was re-established. From 1999 to 2002, she was Estonia’s Permanent Representative to the Organization for Security and Cooperation in Europe in Vienna.  From 2002 to 2005 Intelmann was the Foreign Ministry’s Undersecretary for Political Affairs and Relations with the Press. She became Permanent Representative to the United Nations in 2005.   She has also served as Estonia’s Ambassador to Israel and non-resident Ambassador to Montenegro.

Tiina Intelmann: You cannot shape your life merely by the view that opens from your home window. We should understand that other people have a different window and a different view. 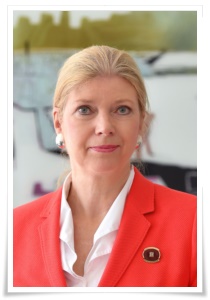 “I think I became a feminist when I was still in high school. It was not difficult to realize that women were less represented in many interesting professions and were often less confident that they could be as good as men at almost everything.”

Before starting her own consultancy, she held leadership positions at major international corporations for 23 years. Her responsibilities were corporate communications with brand management, corporate identity and change communications as areas of focus. Prior to this, she conducted university research on mass communications.

Susanne holds a Master’s degree and Ph.D. in mass communications research, Roman languages and philosophy. In addition to her professional endeavors and involvement with Zonta International, she is a frequent lecturer at German universities, where she presents seminars on communications management and other topics. Her personal interests include reading, music and tennis, and she enjoys spending time with her family and friends. 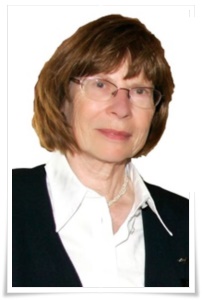 My name is Eva Nielsen. MA in history. My research was awarded with the Gold Medal of University of Copenhagen 1963. I have taught history from grade one through university in Denmark. And I have taught primary and high school teachers how to teach history. 1975 – 2001, I was principal of Aabenraa Statsskole an academic high school with a boarding house for students.

1996, I joined Zonta as a charter member of ZC Sonderborg. 2006, I moved to the island of Fano and was transferred to ZC Esbjerg. I have been club president, area director, lieutenant governor, governor and member of several committees at all Zonta levels. Since 2010 a member of Zonta International Centennial Anniversary Committee (CAC).

I am now finishing the research and manuscript of a Centennial History of Zonta International. 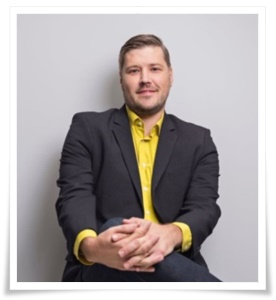 Henrik Roonemaa is one of Estonia’s best known tech journalists. He is the publisher of Geenius.ee, a leading tech news website in Estonia and a host
of two tech radio shows, Digitund and Restart. He has been covering tech as a journalist for almost 20 years and witnessed the rise and fall of many ideas, services, technologies, brands and devices. 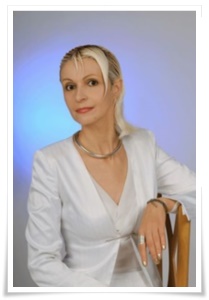 Mery Crystal Ra (Meeli Kõiva) is a globally renowned, award-winning / multimedia- light-glass artist/ painter/and innovator. She was born in Estonia. Currently she resides in New York and Helsinki. She is considered a trailblazer and source of influence in the light art movement, reshaping the space and surface of structures. A pioneer in combining glass and light to create extraordinary works of art, she creates highly imaginative and novel pieces in Europe and in the US for private residences and public buildings.  She has been an innovator and a visionary in the field of light and glass art for the past 35 years. She has created over 50 architectural projects worldwide.

Mery Crystal Ra is one of the few women to work in the international environment of architectural glass art, participating in conferences and cooperating with various architects and engineers. Her innovative interactive glass-light-video sculptures were created for the UNESCO International Year OF Light closing ceremony 2016, European Parliament main building exhibition in Brussels, Belgium 2006 and Glaston Corporation. She’s one of the winners of the 2013 and 2014 Light In the City European light artists competition. Innovative impression is achieved thanks to her vigorous use of innovative materials and technologies. Keeping up-to-date with the research results in the glass industry gives a fresh feel and new sensitivity to her sculptures. The artist’s masterful use of the interplay of graphics and color gives a result with a unique handwriting. The light feeling of Mery Crystal Ra’s works is achieved by long testing and experimenting.

“Architecture, engineering and glass industry are dominated by masculine rationality,” says Meeli, who adds that it might be her mission to let her glass sculptures and glass paintings enrich the architectural world with feminine emotionality. „ Our environment needs something unique and innovative. Some visual signs. In the context of a City or a country, art is the medium that can communicate something unique and special. Technology without a meaning or a philosophy behind it is mere handicraft.” 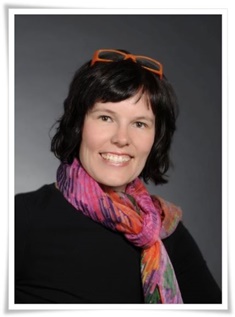 Salla is a third generation Zontian since 2005. She’s a member of the Zonta Club of Helsinki I, Finland in District 20. Salla is involved in Zonta International because she cares. She wants to have influence on the status of women and contribute to making a better world for girls and women, boys and men by empowering women together with like-minded people around the world.

Salla has a master of laws degree from the University of Helsinki. She currently works as attorney at law at international law firm DLA Piper where she specializes in corporate law, mergers & acquisitions and capital markets transactions. At DLA Piper she’s also the Head of Trainee Recruitment and happy to have such a position where she can coach and mentor the law students at the beginning of their careers. 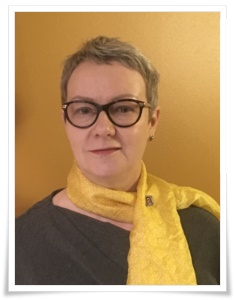 Tiina Rebane is a member of the Zonta Club of Tartu since 1991 when the first Zonta Club was founded in Estonia. It was very important time for us because on the next day Estonia became independent again. Estonia was an occupied country for many years. In 1990 Estonians began to understand what freedom was. We had our women’s movement which dealt with charity but we did not have women’s organizations where women could bravely express themselves in women advocacy issues.

“My motive to become a Zonta member was the curiosity to know how women live and what they think in other countries. Zonta is a possibility to widen our world and give something to a society.”

Tiina has been a journalist in TV for many years and she is an entrepreneur. One of her important values is the desire to develop herself. She is fond of Lifelong learning.

“Usually we do not think about our values but we are acting on the base of these values every day. It is reason why we must know what is really important for us. Our values may change in our life. At the moment I am feeling that we have to bethink why people make their choices as they do.” 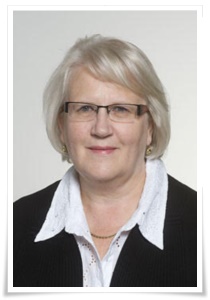 She has served in the Ministry for Foreign Affairs of Finland since 1974 in different positions, including the positions of the Assistant Secretary General of the Finnish-Soviet Commission on Economic Cooperation, Director of Consular Affairs, Deputy Chief of Protocol, Inspector General of the Foreign Service and Director General for Legal Affairs of the Ministry. She has also served in the Finnish missions in the Soviet Union, Sweden and as Ambassador of Finland in the Council of Europe in Strasbourg and in Iceland. She retired after 41 years of  service in October 2015.

Her interest in human rights issues and in international humanitarian law have been useful in her professional assignments as member and chair of numerous working groups, including as the Thematic Coordinator for the Rights of the Child in the Council of Europe in 2007 – 2011. She was also a member and Vice-Chair of the Church of Finland Council for External Affairs in 2001 – 2015. Presently, she is member of the Board of the Finnish Refugee Council.

Irma has been an active Zontian since 1994 when she started in ZC Gothenburg III in Sweden. She transferred to her present ZC Helsinki II in 1997 and in 2011 – 2014 she was member in ZC Reykjavik Embla. Presently, she is Vice-Chair of ZI Council of Europe Committee as well as of  her own ZC Helsinki II. She is member of District 20 Advocacy Committee and chairs the same Committee of her own club. 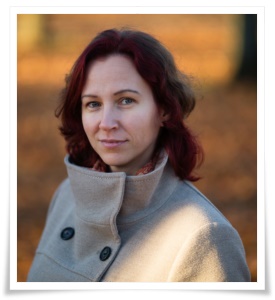 Aija Sakova (1980) is a literary critic and comparative literary scholar from Estonia. She is author of numerous articles on literature, on questions how literature reflects and affects our everyday life. But she has also written on the role and responsibility of humanities scholars in today’s world and on the role of language learning in slowing down our everyday life. On her homepage she has described herself as person of words, as someone who passionately loves literature and life and seeks the courage of living.

Next to her work as a literary scholar Aija Sakova has been working as a mediator and curator of literature and art. She has organized numerous literary events and also some art exhibitions. Sakova’s both parents are artist: her mother is Estonian ceramist Kersti Karu and her father is Russian painter and monumental artist Valeriy Sakov. Aija Sakova herself is mother of two boys (born 2006 and 2009).

Aija Sakova’s blog and more information about her writings in Estonian and German can be found at www.aijasakova.com.